Beyond the Corporate Humour 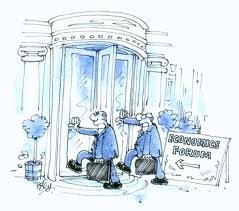 A Chinese man is about to show his martial art skill, and out of nowhere his facial expression changes into pain. Camera draws back to show his hands, which he had stretch to perform. There is an Indian man biting his hand. Just then the slogan ask you on your screen, hungry for Chinese food ?

Are they nuts to make ‘stupid ad’ like this ? You must have asked this type of questions  many times, whenever you see ‘senseless’ advert like this on TV. Let me tell you, making an advert [ in foreign country as well as in India] cost them a heck lot of money than you earn in a year. If, only if you are you are in good paying company that too in management. As for your curiosity to know how much they spend playing those ads on TV ?  Its way big money than a CEO of multinational company makes in a year. Yes, even Unilever CEO.

But then, why big company spend that huge budget to make an advertisement, which not only sounds and looks ‘stupid’ but also seems total waste of money ? Here are some examples of such advertisement and along with reasoning why they spend huge money on it.

A man was walking on the street, suddenly he was hit and thrown of the road by a moving car. An ambulance appears on the scene out of nowhere, and two men came out with a stretcher and then, they picks a packet of Bingo from the floor, puts it on the stretcher and then gleefully waking takes it into the ambulance, while leaving the man laying on the floor.

If you are wondering how it works for the marketer, here is the answer, when you go to the market to buy snacks, that ad which lingers in your head without your permission [it remains in your subconscious mind] will scream in your head to buy Bingo over others that is available in the racks of supermarket or other grocery stores. As long as you keep buying Bingo, their job is done.

Have you seen a movie star Saif, asking a hen to give him three eggs, so that, he can make omelet ? The hen which is inside his kitchen, where he is about to make omelette gives him only two eggs and then he asks it in English, “I said three don't you understand Hindi ?” then the hen gives him one more egg instantly.

If I am not mistaken this is the advertisement of Amul banyan [undergarment]. But, even if I am mistaken, because Saif is the brand ambassador of this brand and he has been of this for quite some time so what is good for a brand is, star association with a product. Because it plays a huge role in sale of a product and adds brand value to any brand, not just ‘banyan’.

One of my favorite adverts of recent time is, an Indian man goes in a restaurant in China and then he embraces the big fat chicken that was dancing in front of its door. On the table inside the restaurant there was a small cute bowl with a picture of a rooster’s head. He orders his food from the menu and starts eating. His bright and happy face tells it, how much he loved it. As he was enjoying his meal, he sees a chef pass by him. He tries to communicate with the Chinese chef by flapping his folded hands saying the puck - puck taste good ! To his horror the chef communicates back with the same manner that its not the puck-puck, its bhaw bhaw showing a dog’s picture on the wall.  His look suddenly changes, which looked he was about to throw up with disgust.

Its a very good story told by the ad maker, which I never get tired of watching every time it come on my screen but, as long as I don't know or remember which company it advertised for what kind of service or product, its a total waste of money and despite the good story or good reviews it may have earned by viewers,  it fails to deliver the good result in the end to its marketer. Its just the another case of selling a story instead of a shoe.

A boy was seen with a cup filled with Pepsi up to the rim. Although, he was on the moving roller coaster, he did managed to hold his cup with Pepsi without dropping a drop of Pepsi from the cup. All this time, the logo of Pepsi on the cup can be seen. As he climbs down a sweet young girl comes to him and ask him what’s the time ? He absent mindedly pours the Pepsi out on the floor,  as he tries to see the time on his watch [it's a bit old ad].

Blue star AC ran this summer an advert : a man in his office throwing all his tantrum and at the same time his wife at home is behaving equally irritated and throwing all the tantrums, as everything and everyone seem to be annoying them. Suddenly the switch of ac is on, at the both places and there mood swings instantly. Now they seem happy and communicate in very jolly and lovable manner. It does not make any sense at all as it has no story line, but the way they did it, makes you laugh every time you see it. How a mood swings instantly  if the not air changes into cool in a room.

Good advertisement not necessary do have a good story to tell, but it also give high  importance to a branding strategy for a product as well as its best quality. The maker of the advertisement not only sold the story to you, but, branding was equally huge part of the above two advertisement making. So next time if you want to go to buy something, you will remember one such particular adverts and will choose the product that stays in your mind long after you thought you forgot seeing it, over their competitors brands.

If you think they are joking, then you got it totally wrong. Big corporate house intention is to make you buy their product by seducing your conscious or subconscious mind at the same time.
Posted by Sunita Giri on July 11, 2013