Evil Souls or you are profiled ? 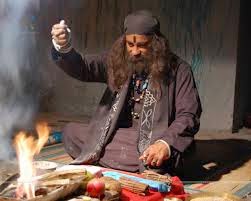 Like most of the people me too is fascinated towards ghost stories. But its not about who they are ? Where they come from ? or why do they scare the people, hell out. When I say   ghost stories do have power to fascinate me, it has nothing to do with the dead and evil souls who are compelled to wander of here on earth until they finish the ‘incomplete mission’ on earth. Truly, its about the people who are alive, intelligent and at the same time cunning enough to fool the people around them. Because, these people do have their vested interest behind those scary ghost stories and those mysterious happenings that keep haunting certain people. After watching many ghost stories, now I can  it say it that those who believe in ghost stories blindly are profiled for the case.


I know you will disagree with my next point, if you have already read some of very interesting ghost stories in the magic of words by Shreedhar Lohani and Rameshwar Adhikary. Its a course book for college students. I bet you will like the Loving Mother from Japan, The house call from Germany, the Lost doll from Colombia, South America. These stories really touch you very deeply in your heart.


For me the ghost stories becomes less interesting when people believe, this particular incident is done by evil souls. In that case the story ends there. In fact, it becomes a lot more interesting when the haunted person go beyond what meets eyes and then tries to find the real reason behind those hauntings. The ghost; can be nabbed if only the target does not believe in the evil souls but, only; the evils that exist around us, inside the head of human beings.


Most of the time when the victim go after the unexplainable occurrences, with a thought in their mind that there is no ghost on earth, then almost all the time; they have come up with more satisfying answer than the incidents, which never made sense yet; could not be explained. So, many [criminal] cases have unfolded, greed of money is the major reason behind most of ghost stories. In a country like India and Nepal, this has always been one of the  easy way to scare people and gain the mass of public’s confidence who easily fall prey of such belief.


I remember this particular case of fraud, there was a middle class family [in india] well settled and have a young daughter. One day, when the man was returning home from office, he encounter an accident hitting a young girl nearby his home. He came out from his car and then went to see the girl, she was lying on the floor, fully covered in the pool of blood but when he rushed to his car and roll it, in a bit hastily there was no dead body in front of him. He was scared, but because; he did not wanted to get into any kind of trouble, with police, he ran away from the scene. He ran from the place but he could not run away from guilt trip of running his car over a young girl, who had bloody bath, before she died. The look of the girl started haunting him, especially because she was almost of of the same age of his own daughter .
Surprisingly, one day; the dead girl came at his door, at night hour to threaten him; she will take the life of his daughter, just like he had taken hers.


This and his guilt feelings really shook him inside out, affecting his personal and professional life. He began becoming very irregular at his office, not being there when he was needed to be there most. At the same time, he started spending most of his time with his daughter, ignoring she has to go to school. He also started seeing the dead girls, in his room, in his fridge and almost everywhere. Now the question is, is he suffering from some kind of mental disorder due to heavy burden of guilt feelings.


In the midst of all this, his daughter went missing. On top of that there was no call for ransom money, even after a week. This time again instead of reporting it to the police he turned to tantrik and then the tantric started performing regular puja to bring back his missing daughter.Then one day, the tantrik asked for a 30 lakh [ three million ] to retrieve the lost daughter from the grip of ghost. The man was willing to bring back his lost girl, so had already paid the money - their entire savings - without consulting his wife.


It so happened that, his wife was not believer of all this ghost and tantrik. She was not comfortable at all about the tantrik pooja was going on at her home. When she couldn't dissuade her husband from all this, she went to police station and then reported about the  missing daughter. At this time, she also confessed to police that her husband had hit a young girl who died on the spot but did not report it to the police. They started looking for missing girl. At the same time, they also started looking for the records of young girl who have died, when the accident occurred. Police investigation found that no girl was killed at that time and place. This called for more investigation.


More investigation from the police found that the maid of the house and her husband was behind all this foul play. It was the wife who used to find the perfect client, and then as a maid she also used to learn more about the family members. Once, they trap the person entirely in the case then the husband used to enter in the scene disguised as a Tantrik. This couple have adopted a young girls from a children’s home for this work. During the investigation its revealed that they had fooled many others, who were superstitious. It was nothing more than an easy way to make fast cash, while some ghost believer believed about strange happenings as an act of troubled souls. This time, they were planning to hit the jackpot; instead they were sent behind the bar for fraud case. So, next time if you say, you believe in unseen powers, like evil souls [ghost] remember someone might have plan to make fast bucks out of your superstition. If there is not money there must be something more valuable which is so dear to you.