Let’s give another twist to this question: in Western world, love marriage is only an option and in my side of the world, arranged marriage is a culture with traditional values. If you go for an arranged marriage, it means you are very family oriented person and will tie the knot at your family’s wish, like the guy who married the girl his mother chose for him.

As for me, the choice of arranged marriage has another angle. This traditional institution is based on the transfer of ancestral property to the offspring. If ancestral property is not transferred from fathers to sons and if the main person in the household is given a choice to give away his /her properties as per his/her wish, this facade of the family oriented decision will have clearer picture: the aspect, some people prefer to ignore.

If people are given choices in choosing their life partners, they would certainly use their intelligence in choosing the right partners and that won’t diminish any family values. There should be no financial matter involved during the decision taking. If the ‘will system’ in passing the ancestral property is implemented in Nepal; there won’t be such thing like Western culture and Eastern culture when marriage is concerned. The culture and traditional values will be a lot more different than what we witness now.

Woman, money and land are not the only reasons leading to war all time; it is also a reason that helps one to decide on the wrong and right.

“No!”, I replied.
“Then, why don’t you marry ?”
She doesn’t stop asking the same question even after my repeated request not to ask it again. I don’t want any more questions in the topic.
This question makes me feel uncomfortable, and it also freezes me. I am not interested in this institution. My concern is, if I am free from this question in my family circle, why are the outsider even bother? But, they never stop bothering me.
So, I have to answer her question to make sure that she won’t keep asking the question again.
“I am not buying the concept that men are superior to women and that, I can’t live with a man who strongly believes that they are superior creatures on earth.” I added, “In our society, men are brought up with this belief and I look at them with a question in my eyes.”

She told that, she understands what I was talking about. Her own daughter, who is gender specialist and works in china (what a paradox a gender specialist is a gender biased), is also uninterested in marriage and thinks men are chauvinist.

Some years ago, when my boyfriend asked me “do you think men are pig ?”

My prompt answer was “No !”

But in my mind, I was thinking, “Why is he dragging the innocent creature, and what fault did the pig had to be compared with an arrogant man ?”

He was the same guy who had problem with me watching Oprah Winfrey show. I am a huge fan of Oprah as she is a single woman institute in the whole world who has done a lot to empower women all around the world.

The idea that male are superior sex compared to female is being injected in our mind for their own benefit. The truth is, physically there may be a vast difference between men and women, and one thing that is truly equal is brain. To illustrate the physical difference in a comical way, a Hindi movie explained the difference: men can bare their top in public and women can’t. Leaving alone the physical difference, we can’t difference between the two sexes by the intellectual strength they can possess. That might be one of the reasons Harvard University enrolls more women than men.

Yes, we think in a different way than men and as the saying goes, “Man thinks with his head and woman thinks with her heart”. Different ways of thinking don’t mean that one is smarter and the other is not, it is just that we think differently.
My experience says that men can do only one task at a time but, women can multitask. Shouldn’t it make us a superior sex?
I have read of a English teachers who once wrote, “Woman without her man is nothing”, on the black board and called a boy and a girl in the class to put the punctuation mark on the sentence. The outcome was:

Interesting lines, aren’t they ?
Now you tell me which of the two lines was the the touch-up of the boy and which one that of the girl?

Ed's Note : This post has already been published on December 16, 2010 on Xnepali.com
Posted by Sunita Giri on December 17, 2017 No comments:

Email ThisBlogThis!Share to TwitterShare to FacebookShare to Pinterest
Labels: Thought 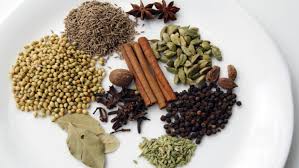 The other day, I accompanied one of my good friends to a financial institute to sell a concept for a television commercial (TVC). The client suggested showing money or gems as a part of the concept. My friend’s logic was not to show money in the advertisements of banks or financial companies. He said, that will have negative impact on the mass and will not generate result, as expected. This got me thinking. Why not? After all, it is all about money.


In the eastern side of the world, people are shy to talk about sex but, at the same time, they are busy generating more babies compared to the western world. Asia has more than 60% contribution to the world’s 6 billion plus population out of which, China and India combined contribute 2.5 billion. People in the western world are open and freely talk on sex and ideas associated with it. How come their population is a lot less compared to those who believe that sex is a taboo?
One common example – lets think about the name of cites in England – Essex, Sussex, and Middlesex. They are the names of the towns over there. In a different note, Clove, Cardamom and Cinnamon are also the name of places, in some part of India. It should be mentioned that, those cities have nothing to do with the production of the spice they represent. Do you have any idea on what the heck they were thinking, when naming the cities?

People in western world wear such revealing dresses that sometimes cause road accidents. Cities are plastered with the billboards and posters of enticing, sultry, suggestive and seductively posing models. TVs carry sexy commercials to arouse the sexual desire on the viewers. But in South Asia, similar suggestive billboards, posters, TV commercials are detested and banned in most of the cases. Wearing reveling dresses in the public is a definitive no-no and is known to create huge bruhaha.

I believe naming a city with a “sex” word in it and naming cities with suggestive meanings are same, and the only difference is the ‘mode of presentation’. Cardamom is considered to enhance sexuality in a female while cinnamon does the same to men (although not to the level of commercial products, like Viagra). Clove is good enough for both genders. Hence, the three main ingredients of the traditional five-spices to tantalize the gourmets tongue mean more that what they sound. So, motive behind the UK cities and Indian cities are same but Indians acted smart in choosing the words; making it more effective. Many still wrongly believe that the UK cities ‘sex’ names represent the places of Saxons tribe (Middle, South, and East Saxons).
It is to be noted, a young widow is suggested to stay away from spicy foods, to control her natural desire of sex. People in the eastern part of the world believe staying away from the spicy foods helps in controlling excessive sexual desire.
Going back to the TVC, we were talking about : now, I could see my friend’s point of view; the docile suggestion has more impact on the bigger mass compared to the direct suggestion.

Ed's Note : This article has already been Posted on December 12, 2010 in Xnepali.com
Posted by Sunita Giri on December 10, 2017 No comments: