Truth hurts or sets you free ? 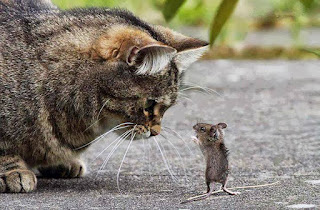 He fell in love with me after reading my post. I have no idea how long he had been reading me. He was one of that rare wise person who posted comment with much thought and perfect articulation. As time passed by, we got hooked on chat room. Unlike me,  he was a shy guy and a gutless lover.  Knowing his was looking  for special kind of friendship, I told him to read my blog that tells in detail,  how I grew up in Bal Mandir.

There was time I used to feel so uncomfortable to tell people, I grew up in Bal Mandir. Now, it's not that hard to tell them. In fact I like to see their reaction and read it in amusement. I really don't understand why some people think and behave  as if we are untouchables when they come to know that we grew up in children home. What it has to  do with who we are ? What it has to do with who they are ? why thier pride and prestige is so fragile that when we are in it, it makes the sound of shattering glass without falling any glass ? How come a man’s pride and prestige is so fragile ? if it's that fragile is it really a pride and prestiges ? Questions like this really makes me think  a lot.

Interestingly, this is not the first time I am rejected by a man knowing I grew up in Bal Mandir. Before also I have been. To be honest, if I tell you my ex-man’s name 99% of you don't even know him. No, not a chance to hear his name in future until you hear him from me saying I used to date this guy. If in case you know him, you must be his family member. He is not known widely in big circle, even to talk about pride and prestiges. As a matter of fact he is that guy who is so insecure and unconfident under that facade of a macho man. He feared that I will walk longer than him and will be liked by more people than he is known in the small circle. He is just not comfortable with that thought.  This one, you sure will grasp your breath how come the man of his stature and position could be interested in me. But, I told you he was drawn to my intelligence and it was hard for him that I could have such childhood.

Now a days, I am mentally prepared that the guy might change the course of his feelings for me, the moment he comes to know that I grew up in Bal Mandir. So, it's safe for me to tell him in the beginning rather than holding it for at the climax of relationship to break the news of my childhood tragedy. This gives me enough chance to watch his behaviour. How he will treat me with and withouot that knowledge.  In my case, both guys were decent enough not to break the relationship abruptly. But the decision was made once they came to know about me, that I  grew up in Bal Mandir.

In recent case the guy took about three years to pull him from me. It's natural may be, when we are grown and mature enough; we don't invest our emotions that fast as it's not easy to move on like  a teenager with a snap of a finger or a blink of an eye.

The interesting fact here is, I know he loves me and respects me truly. However a million dollar question is; can I wake up with the man, everyday; knowing he has problem accepting my past ? Is this normal when a person loves you so much but do not want to accept parts of your reality ? Is this love when someone makes you feel, uneasy and uncomfortable for the tragedy that happen in your live and you have to live with it ? why some one says I love you, and then goes in silent coma for so long. Why he is scared of that three words !

What kind of man goes in silent coma after uttering three magic words  ! if he really loves you, will he find a blanket to cover his feelings ? I guess, no. What if that blanket is named pride and prestige ? That sure is just a cover up to his feelings but not the truth. A lie you might want to believe thinking this is our society.

I am also not the type who eye on a royal, aristocrat or a filthy rich for settlement in life. I have seen many women living with men who feel sorry for her, who feel pity for her, who show  sympathy for her yet he refuse her existence as another human being under a roof. I know I will never  feel comfortable in such situation. I never find a man to marry just to pick my bills or to be my security blanket or a free ticket to my daily meals. I am not that shallow to have him around for all those reasons.

Last year he deleted me from his facebook but we were still in touch as it was hard for both of us to break the contact abruptly, especially for me. Later on, he admitted his condition was also not so good after his decision to move in life devoid of me. After that I am haunted by a shadow image, a ghost of a loving man, who loved me so dearly in his absence. Having a shadow image of him at my service and not having the real man in my real life was one heck of a problem to face in life. At that time it was hard for me to compose myself. However, I consciously made a decision then whatever happens I do not want to end up in mental hospital. It's the hungry for attention mind that plays the reels, which I have no control of. Of course, it was painful reality to live-by to be loved by somebody who was not around in reality. But, I always made him read my feelings that made him cry many times.

He pulled himself all the time from me. Is that what you call being brave ? or being disciplined in life ? He remained silent most of the time.

Couple of days before Jerry requested me to kill that ghost saying, I am going to marry soon. My answer was Congratulations, I hope ghost will be vanished if the genie finds a lady by his side permanently. I am hoping I will not be haunted by the loving ghost once if he goes out to take the step. Everyone has his/her life to live the life as they define.

But, that ghost did not stop coming in my room to love, to hold me in his arms to kiss me and to make love with me. This time not just to love me but now he also talked. His few lines, I love you, I need you. Now this is more painful to hear that ghost talk like this when he said want to marry with someone else.

Just then when I realised I was lying to myself thinking he loves me. I have to accept it that he doesn't love me that's why he wants to move on in life or cut the contact with me. This sure hurts. It's painful. Self denial is a lie, so it's more painful. If I accept it and decide to move on in life then truth sets me free. Holding on history is painful, moving on in future is freedom ! I learned it depends on me what I decide, remain hurt or choose freedom.

As for this guy I call Jerry, I still love him. Now, the difference is I have learned that I love me too. I remember long time back, I have decided to love me more than anyone can love me because I have no option. As there were no one to love me the way I could love me.

Did he wish to be born as a rich man's son before he died ? 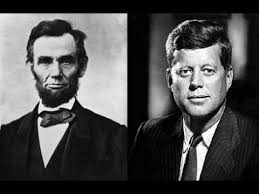 Abraham Lincoln and J. F Kennedy is regarded one of the best leaders in the political history of America. Both  of them never met each other, nah did not even cross each other's road. One was born poor and another born with a silver spoon in his mouth. One was a son of a shoe maker and another was son of powerful businessman as well an influential man in politics. They were born about a 100 years apart, yeah 100 is that number that do have power to puzzle you, if you see the facts of reality in this two leaders life.

Now it takes the another height.

Lincoln's secretary was named Kennedy. Kennedy's Secretary was named Lincoln. Both were assassinated by Southerners. Both were succeeded by Southerners named Johnson. Andrew Johnson, who succeeded Lincoln, was born in 1808. Lyndon Johnson, who succeeded Kennedy, was born in 1908. John Wilkes Booth, who assassinated Lincoln, was born in 1839. Lee Harvey Oswald, who assassinated Kennedy, was born in 1939. Both assassins were known by their three names. Both names are composed of fifteen letters. Now hang on to your seat.
Lincoln was shot at the theater named "Ford." Kennedy was shot in a car called "Lincoln" made by "Ford." Booth and Oswald were assassinated before their trials. And here's the "kicker":
A week before Lincoln was shot, he was in Monroe, Maryland. A week before Kennedy was shot, he was with Marilyn Monroe.


Blogger's note : I take no credit of compilation of this toughest task of going through the history  of America with such details. I have read this long time back when I was still in school. Recently,  when I saw this doing its round in Facebook I thought you sure would like to know how the history bounced back in 100 years in politics of America.  So, if original writer will request me to delete it from here I will have to respect that.
Posted by Sunita Giri on April 10, 2016 No comments: