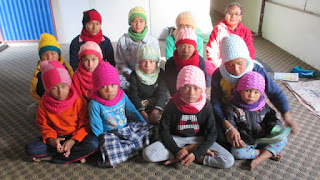 Since 2015 winter project has been reaching out 200 children who lives in children home across the country and this year we started from Bhaktapur to give what we have made and distributed with the help of generous people who responded to our call to help support the cause. ​
Kopila Foundation is a children home located in Bhaktapur. This Children home is run by a woman who is a Cancer Survivor Sanu Thapa for more than a decade. Due to her illness now she is taking care of only about a dozen. when she was not ill she used to take care of about two dozen children alone. She sure will appreciate your help to raise these children. JB, thank you for helping me to reach out to these children and my special thank you also goes to Shradha Rana [ Gaura ]. 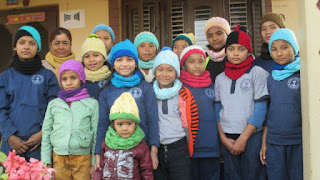 Adarsha Griha is a children home as well as a shelter home for the women who are victims of rape, domestic violence and trafficking. This is located in Krishnapur, Bharatpur. This home has total of 35 people in it, [ including women] which is operated by a very well known women rights activist and a resected social worker in the area named Mina Kharel. Gaura, thank you so much for your support to reach out to these children. I could not do it without the help of you guys. 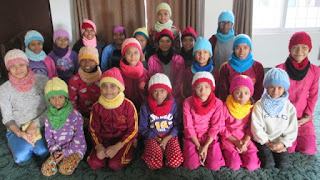 Satya Sai Girls Asharam is located in Anandpur, Chitwan. There they are providing all the care for 27 [ 23 girls and 4 young boys ]. I was delighted to meet Dr. Mamta Sharma who is one of the organizing member of this children home. Out of three ashrams I have been until now this is the only ashram which sends its children to normal school for education. I would like to thank Debra for your support to reach out these children. 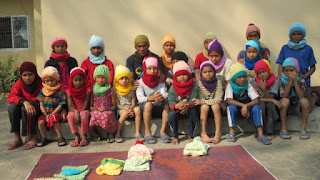 Hamro Ghar is a rehab center for street children. This is located in Nagarban, Naranghat [ Chitwan ]. At the moment this children home has 28 children in it. Unlike other children homes which shelters orphan, abandoned or underprivileged children, most of the street children have their parents, but they have left the home on childish whim. ​
I Truly appreciate your support so would like to thank you [ Ishwar Jee ] for your support to help me reach out to these children. I also would like to thank Binod Dhakal, very respected local social worker and a rising name in politics who helped me to visit all the four children homes during my visit to Chitwan. 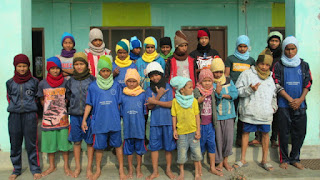 P2C2 is a children home were all boys - mostly from street - organised by police force in Krishnapur, Chitwan. It is said that when Mr Ramesh Kharel who was high ranking police officer, very respected person in his field but also known for being headstrong; convinced government to give an old, empty school for this purpose. This Children home has 25 boys in it. It seems these boys won't have hard time job if they want to enter in police force as they get certain training from very young age. Chewang, I am so thankful to have a friend like you. Without your support I could not have reach out places like this.

The New Youth Children's Development society is located in Chamasing, Bhaktapur. I met Shiva Shanker Nepali, founder and Chairman of the children home who has been running it since 2002. It has 42 children in it which he has been running with the help of continuous support of local and international for food, shelter and education. ​


I would like to thank my dear friend Amita and her close knit circle of family and friends for helping me to reach out to these children. And this is only half of your support, more is on the way.


Only one in 20 children homes has a kitchen garden at their service. This is one major part of daily expenses as we need it day in and day out. Fresh vegetables not only best for health reason but the garden for it also serve as a mean to discipline children from very young age.They should be allowed to do is weeding and watering it according to the age. Tilling the land before planting should be left with adult hand. 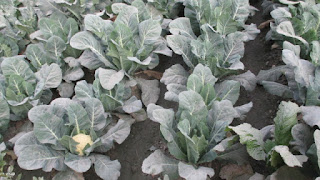 This kitchen garden has been the source of vegetables to feed 40 plus children for more than a decade. It is a river side land which belongs to the government under the the local metropolitan division. Here mostly riverside land are used as garbage dumping side so, The founder of the children home first cleaned it up and then started growing vegetables for children. In the beginning authority from the metropolitan office rejected the idea [ better dumping site than the kitchen garden ]. Then Shiva Shanker Nepali convinced them saying when you need it we will leave it to you since then they never said a word against it. And its feeding the fresh, homegrown organic vegetables to almost 50 people everyday.
Posted by Sunita Giri on December 23, 2018 No comments: